Implementing a successful drug testing policy will not only increase productivity, decrease costs and maintain the reputation of the company, but it will also mean that your business is operating lawfully to ensure the safety of your employees and the general public under the Misuse of Drugs Act 1971 (among others).  A good policy can help deter the use of drugs within the workplace, safeguarding your business and your employees.

With the increased availability of drugs, it can lead to critical staffing problems for your business or even legal action.  A recent survey showed that 9% of full-time workers have a substance misuse problem.

Urine drug testing is a workplace drug testing method that can be used to determine whether someone is misusing drugs by taking a sample of their urine and analysing it for particular substances.

This form of testing can be particularly useful for on-site / point-of-care testing as an immediate negative result may mean that no further action is necessary. A non-negative result may require confirmation testing from the laboratory in order to determine exactly what substance was taken and in what quantities.

This form of workplace drug testing has been established for many years and has an abundance of scientific evidence to support its accuracy when all the relevant procedures are followed.

Urine drug testing is known as a ‘narrow window’ form of testing and its period of detection is approximately 4 days, although this can depend on the particular substance taken.  13 drugs can be individually tested including:

Quickly and easily screen for drug residues, powders, crushed tablets, tobacco or plant fibres.  Surface testing of keyboards, toilets, work surfaces and shared vehicles for the presence of drug residues.  10 drugs can be individually tested including: 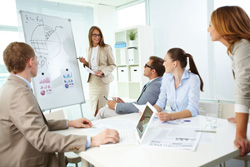 We offer full training both on-site and off-site to cater for all your staff needs.

“
ETR has left us free to carry on with what we do best ( Selling and Manufacturing ) safe in the knowledge that we are up to date with our H & S requirements.

I can thoroughly recommend ETR as an affordable service that I can guarantee will take the stress out of Health and Safety.